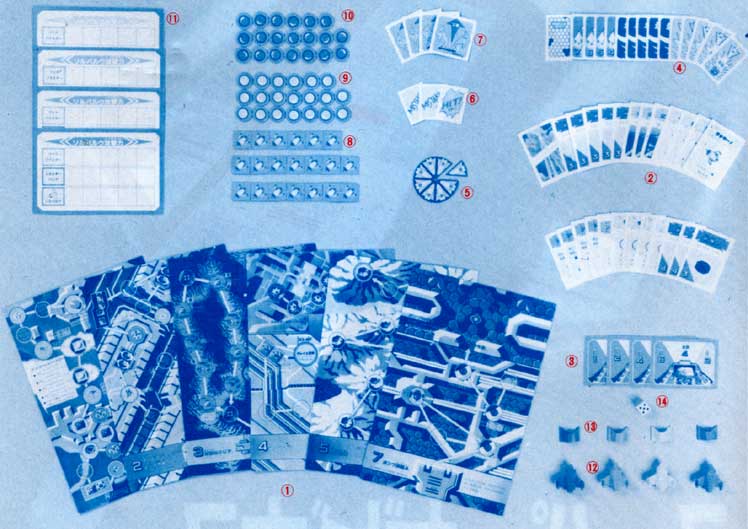 The picture above shows all pieces of the Super Xevious board game. They are:

When you receive Markers, they must be put on your Attack Strength Sheet. The topmost row is for Extra Weapon Markers, middle row is for Shield Markers and the bottom row is for Solvalou Markers. As each row has 5 spaces, you can only have up to 5 Markers of each type.

Air-to-air battle against one enemy - use Battle Cards

Draw a Super Xevious Card and follow its instructions.

The player who destroys the last Gump Marker in Stage 7 is the winner.